You are here:
Healthcare 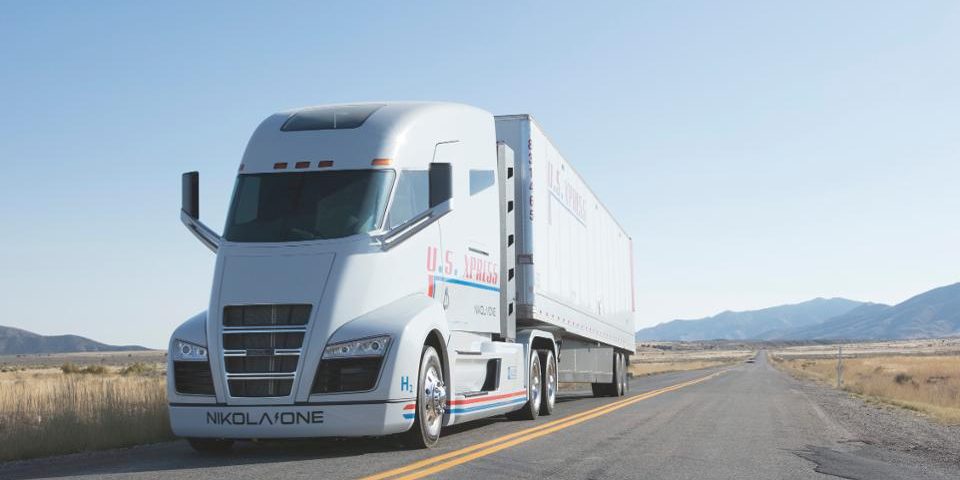 Hydrogen has been a promising but elusive vehicle fuel for half a century, powering a range of fuel cell cars and SUVs but never quite solving cost and efficiency snags and lack of fuel stations that make it less attractive than batteries for zero-emission vehicles. The problem isn’t the technology, argues the founder of Arizona startup Nikola Motor, but that big trucks are a much better choice for hydrogen.

The 4-year-old maker of hydrogen tractor trailers is extolling a vision as brash as the one Tesla’s founders unveiled 13 years ago with its pricey all-electric cars: Nikola will act as a catalyst to bring hydrogen to the mainstream, building tens of thousands of hydrogen-powered big rigs and a coast-to-coast hydrogen station network to fuel them. It also wants carmakers like Toyota, General Motors, Honda, Hyundai and Daimler to use those stations to expand their hydrogen fuel cell vehicle sales beyond California.

It won’t be cheap: Nikola is seeking $1.25 billion to fund it, on top of $300 million raised so far, CEO Trevor Milton tells Forbes. He’ll make a big push this week with a Nikola-led hydrogen tech conference in Scottsdale, Arizona, convening suppliers, partners, potential investors, future customers and carmakers, to gin up excitement and win powerful allies.

“You can’t do this alone. Toyota and the others can’t do it on their own and neither could we,” he said. “The thing that Nikola brings to the table is we actually provide the entire network, we’re building 700 hydrogen stations around America. It will be the largest in the world.”